“Suits”, a TV series based on lawyers in action, spoke about how to use proof efficiently, as much as how deeper dialogues can change perspectives. For this to happen, numerous documents were written and processed back and forth between colleagues, clients, and the judge. Every episode featured many intertwined cases to spark a bigger conversation. Its flow showed how busy and nerve-wracking being a lawyer can be, but what goes behind the scenes with filing hundreds and thousands of legal documents?

Each time you consult a lawyer about something, they always emphasise on “evidence, evidence, evidence” to which they can build a story around. It is a game for a playwright. So, for every client, a lawyer has had, there is a whole tally of meetings exchanged, hearings and flows conducted, and most of all, interactions and moves made in the process. With all these documents flying around, lawyer time management is very important. Could it be possible that they handwrite every report documented and mentioned in court? Or do these lawyers save time using legal templates?

Most Of The Time…

Lawsuits revolve around a contract with terms agreed upon by two parties that have ended up getting defied. To clarify, let us understand what constitutes a contract to understand the consequences behind not honouring it.

For a legal contract to exist, there should have been an oral or written offer that was accepted. Then put in writing and print, makes the exchanged agreement along with specific terms and conditions notarised and therefore legally binding.

In all its glory, being a lawyer is all about making sure the law is practised above all else, and documentation plays a key part in law practice. While each document should be specific, there is no question that lawyers may reach a point that they would jumble its very construction to stand out from their opposition.

But some use templates in which the documents differ, only, with the name of parties involved, document number, specifics such as monetary compensation, special considerations, additional terms and conditions, etc. The ideal is to start from scratch but legal templates, without doubt, saves the lawyers a lot of time, and much more so when used with legal document automation tools. 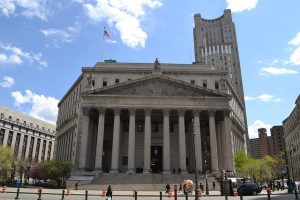 Now, let us try to grasp how vast the scope of being a lawyer is when we talk about documentation. What documents do lawyers write? The most common ones are motions, correspondence, briefs or memoranda, and of course, contracts.

If you are curious whether handwritten contracts are automatically legally binding once signed by both parties, note that the answer to that, is YES. Typing it down or writing them up, though, is not enough. Legalising it requires a proper write-up, usually, by a lawyer.

Much preferred than verbal contracts, legal writing involves a presentation with a thorough analysis of any legal issue or concern. Drafting lawful utilities, in the form of a contract, an agreement, or will, for example, is one form of legal writing. While there is not much change in some of the terms and conditions involved in writing contracts and wills, lawyers use legal templates in drafting them most of the time.

In general, legal writing includes an itemisation of facts following a logical pattern with the presentation of terms and conditions, analysis of arguments regarding a legal issue or problem.

Time as a Commodity

Despite these templates, a lawyer being a professional is entitled to service fees and gets paid by the hour. Some get accounted per meeting while some get paid after the whole case gets closed. In any way, time deserves to get paid. So if a lawyer takes his time on doing the paperwork, a client may be at the losing end since it would require him to pay the lawyer more. It depends on which part of the case one may be in since only the lawyer knows how much work he could get done. But when it is a recurring hearing, and fees get collected per hour, lawyers might extend these times in their favour to be able to impose more fees. However, to think this way would be demeaning to a professional lawyer should be seen.

Most lawyers prefer to start their drafts from scratch. While that is the ideal way of handling it, legal templates have become a busy lawyer’s best friend in the 21st century.

What is involved in a Fat Transfer Procedure?

One of the most well-known surgical procedures today is the fat transfer procedure. Also known as a fat injection or...